Republic of Kazakhstan; Brief Profile & Prospects of Relations with Pakistan 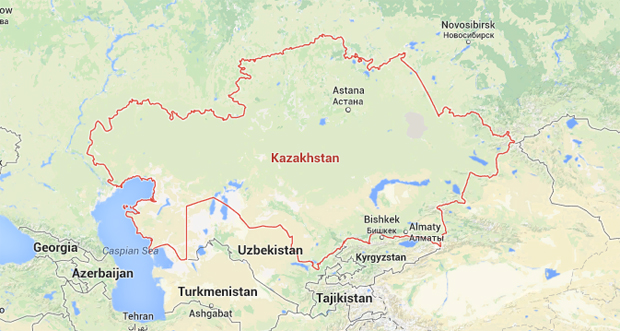 Nature has blessed the soil and the people of different regions with different assets. Some of the regions abound in beauty while others are characterized with severity. At some places, the attitude is based on leniency and contrary to that, in certain other areas, chivalry and audacity are the values in vogue. 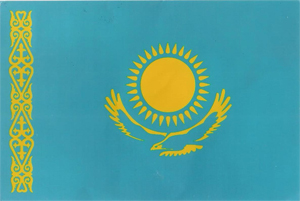 Some areas offer a bounty of natural beauty with high rise mountains and lush green fields, while others have deserts and fields. All these are the miracles of the nature. If we look at Central Asian Region, it is blessed with variety of traits. The landscape and the faces of people reflect beauty as well as sturdiness and vigor. From here, the great masterpieces of Islamic values and morality were created. This was the region from where the Islamic world found undaunted warriors for whom Allama Muhammad Iqbal has also made a repeated remembrance in his poetry as “Shikwa e Tarkamani”. The mountains of this region bear a witness to determination and resolve of the inhabitants, while the fields replicate open heartedness of the people. Central Asia is the region where the soil is scented with the aroma of love. It is this region which has been blessed with a superiority of natural resources over the whole world. Central Asia has a great share in the Islamic history of knowledge and research, exploration and creation, preaching and teaching and communication and reformation. An important country of this region is Kazakhstan.

The republic of Kazakhstan enjoys a unique place among Central Asian States because it has largest in terms of area. This is the world’s largest landlocked country, liberated on 16 December, 1990 as a consequence of disintegration of Soviet Union. It is extended over 27, 24,900 Sq/Km. Its population is around 17736800 and 70% of this population is Muslim. Its capital is Astana. Literacy rate in Kazakhstan is 99.7%. The people of Kazakhstan are known as educated people in the world. Every year three thousand students from Kazakhstan get education from the internationally reputed educational institutes of the world and are reckoned as experts.

Islam came to Kazakhstan in 8th Century when Arab Muslims came to this region. During the reign of Samaand rulers, Islam spread rapidly. Almost thirty thousand families embraced Islam during this era. Samaand rulers belonged to Samnand family of Persian origin with Samand Khan as its head. Samaand rulers had helped Abbasids in the wars of Khurasaan and Transoxania .Consequently, the Abbasid Caliph Almomin designated the four grandsons of Samand Khan the governors of four provinces. During 13th century, Kazakhstan fell at the hands of Genghis Khan. After the death of Genghis Khan different tribes fought to take hold of Kazakhstan. However, none of them got significant success. Ultimately, Amir Timor occupied Kazakhstan in 14th century. 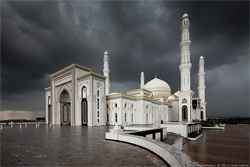 Renowned Turk Sufi poet Khawaja Ahmad Yasawai had great contribution in inspiring people in Kazakhstan towards Islam with his poetry. He was born in 1039 and died in 1167 at the age of 74. His grave is the symbol of Kazakhs unity and photo of his tomb is printed on each currency note. The mosques in Kazakhstan are a testimony to the architectural skill of the Muslims there. Famous mosques amongst these are Noor Astana and Hazrat Sultan Mosque which is deemed as the biggest mosque of Kazakhstan and one of the biggest mosques in Central Asia.

After the Communist Revolution in 1917, the Russian government took hold of the state by force and confiscated the lands of the farmers. Like other regions, the people of Kazakhstan also faced atrocities. In 1930, one and a half million people died because of the famine caused by these cruelties and these deaths were almost 40 % of the total population. The scholars were killed by the Russian government and those who survived sought refuge in China. Ultimately Kazakhstan was freed after the disintegration of Soviet Union.

Since then Kazakhstan is considered amongst one of the important countries of the region as it enjoys the privilege of being the pioneer country of SCO( Shanghai Cooperation Organization).There is no doubt about it that on economic, commercial and diplomatic level, SCO has established its worth and the way it has wielded its influence is really commendable and exemplary. Then there is another important factor that Russia and China are also the member countries of SCO and because of their trade and economic policies, the whole region began to dream of the “Asian Century”. (In this dream of Asian Century, Japan, Turkey and Malaysia have also dynamic role). Both these powers, China and Russia agree to the fact that without enthusiastic participation and cooperation of Central Asian Republics, this region cannot attain real and lasting prosperity. Here it won’t be out of place to mention that our great thinker of Islam Allama Iqbal had conveyed this message to Russia ninety years ago.

Instead of following the colonialist approach of West that promotes tyranny, Russia would have to live in cooperation with other states of the region to utilize its sources for the welfare of the masses. Iqbal asserted that Russia’s survival lies in it.

It seems as if after its disintegration, Russia has heeded to Iqbal’s advice and started using regional resources for well being and development of the region and this is an encouraging factor. From the platform of SCO, Kazakhstan and other Central Asian Republics are making full use of the opportunities (provided by SCO) for progress and prosperity of the region.

If we take a bird’s eye view of the economic condition of Kazakhstan, the GDP rate of Kazakhstan, until 2011, was 7 % that accelerated the pace of progress of Kazakhstan. However due to fluctuation of prices on international level, now this rate is 5% .With better policies, this growth rate is likely to improve. The exports of Kazakhstan are worth almost 90 billion dollars while imports $49.08 billion. In the big markets of Russia and China its products have an access. Kazakhstan owns a great variety of natural resources including petrol, gas coal, bronze, lead, gold and uranium. Kazakhstan is in the possession of 30 billion barrels of oil reserves and with the help of these reserves it is included in the list of top ten oil producing countries. Kazakhstan has three trillion cubic of gas reserves. The natural resources of Kazakhstan are almost worth $ 46 trillion. Kazakhstan has the sixth largest reserves of gold in the world. For the reserves of Iron, it is on eighth number in the world. With regard to its Uranium resources, after Australia it is the second largest country with one quarter of the whole Uranium of the world. 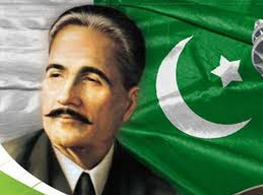 The foundations for Pakistan’s relationship with the Central Asian Republics were laid from the time when great thinker of Islam Allama Muhammad Iqbal foresaw the significance of this region in the time to come and suggested to lay a railway track from Kabul to Constantinople (Istanbul) through the Central Asian region to promote trade and communication amongst the Muslim world. His idea is still a beacon of light for us after lapse of hundred years as if we had executed this plan long time ago, by laying a railway track, extending from Kabul to warm waters, the landlocked states could get an easy access to Indian Ocean. It would have also significantly contributed to the growth and development of the whole region. Enormous resources of oil and gas are found in Central Asian states. In South Asia human resources are more than the resources of energy. Under such circumstances, there is a vast scope of cooperation between Central and South Asia. Relations between Pakistan and Kazakhstan formally began on 24th February, 1992 and the Kazakhstan embassy was opened in Islamabad on 27 November, 1994. Presently efforts are being made to increase trade between both the countries. Accomplishing the dream of great thinker of Islam, Allama Iqbal is the need of hour and trade routes should be established from Central Asia to Pakistan to make best use of natural resources.