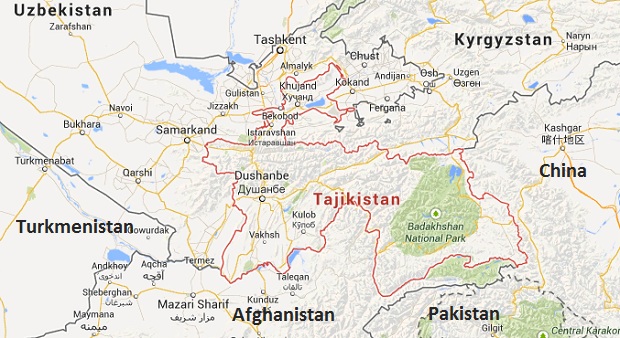 Republic of Tajikistan is the nearest geographic Central Asian state to Islamic Republic of Pakistan with only 14 km distance at the closest point where a narrow region of Afghanistan, Wakhan corridor separates them. Both countries have many similarities in cultural and religious traditions. Relations between the two states were established with the independence of Tajikistan on September 9, 1991 when it withdrew from the Soviet Union. Pakistan is one of the first countries which recognized Tajikistan after its independence. Pakistan opened its Embassy in Tajikistan in 1993 whereas Tajikistan opened its diplomatic mission in Pakistan in 1997. Today about 1.2 million Tajiks are living in Pakistan whose ancestors travelled to the sub-continent as traders, soldiers, scientists, architects, theologians and Sufis during the Islamic Sultanates and Mughal Empire and settled here permanently.

Central Asian States are endowed with enormous reserves of energy resources. Pakistan and Tajikistan can work together with other Central Asian States to create an energy corridor enabling the whole region to benefit from these resources. Since the energy requirements of countries in the region are increasing therefore this idea is very enticing for Central Asian counties as their energy resources shall be converted to liquidity strengthening economy and bringing prosperity; as well as South Asian countries craving for these resources to fulfill their energy needs. To further enhance cooperation between Pakistan and Tajikistan and cement their position in the region as partners, practical steps are required to realize this vision of energy corridor.

Pakistan offers the shortest possible route and trade & commerce corridor for Tajikistan and other Central Asian countries which can generate tremendous amount of revenues through this trade transit. Tajikistan also looks forward to access the world through Gawadar port of Pakistan.

In order to develop Gawader port as a regional export hub, transportation network needs to be upgraded. Tajikistan can facilitate Pakistan in this regard by convincing its neighboring countries and gathering support for implementation of this proposal as this gigantic project can only thrive with cooperation of the regional partners.

One development in this regard is CASA-1000 Project. The prime objective of inception of CASA-1000 electricity transmission and trade project for Central Asia and South Asia (CASA) is to create the conditions for sustainable electricity trade between the Central Asian countries Tajikistan and Kyrgyz Republic and the South Asian countries Afghanistan and Pakistan. The Project consists of three components. First one is the construction of 1,222 Km transmission line and grid stations. The second component, technical and financial assistance and project implementation support through Inter Governmental Council (IGC) and IGC Secretariat. The last component of the project is to develop and implement community support programs for uplifting the livelihood of the communities living along the CASA-1000 corridor. The Project is beneficial to all the participating countries. The success of the project will demonstrate the landmark cooperation between the four countries and open door to future cooperation in the region. On one hand it will alleviate electricity shortages in Pakistan by the provision of additional 1,300MW of electricity; on the other it will establish Afghanistan as reliable transit partner in the region. The benefit for Tajikistan and Kyrgyz Republic will be in the form of revenue that will be generated by the export of electricity. In fact it is a win-win situation for all the partners provided that the project is completed.

Pakistan and Tajikistan should enhance their partnership with China in energy sector. As China is also interested in the export of electricity to Pakistan; the connection of electricity networks shall create a transnational electricity network like North American Grid (US and Canada Electricity Networks are inter-connected and known as North American Grid) or European Grid (Connection between European Power networks is called European Grid). This will ensure the sustainable supply of electrical power for future requirements and partnership with China shall guarantee lesser international interference.

Pakistan and Tajikistan can also collaborate in agriculture which is the largest sector contributing to the economy in both countries. Tajikistan can benefit from Pakistan in the field of food processing and textiles. One such example is Tajikistan exports cotton and Pakistan is ranked 3rd in the World for cotton production therefore Pakistan can share its expertise with Tajikistan. Cement is the potential commodity for trading as Pakistan is exporting huge quantity of cement to Tajikistan.

To further promote bilateral relations, Pakistan and Tajikistan have exchanged the high level delegations in recent past and many MoU’s and agreements for cooperation in energy sector, communication, industry, agriculture, banking, science and technology etc have been signed. Pakistan and Tajikistan are steadily enhancing the trade relations and in the last 10 years bilateral trade between Pakistan has reached to $100 million, which according to new trade agreement in the recent meeting between Prime Minister of Pakistan and the President of Tajikistan will expand to $500 million in the next three years. Ambassador of Tajikistan in Pakistan Mr. Jononov Sherali has played a pivotal role in bringing the countries together. Mr. Sherali’s efforts along with the cooperation of Foreign Office of Pakistan have further strengthened the relations. As a result, in June 2014, Prime Minister of Pakistan Mian Muhammad Nawaz Sharif paid a visit to Tajikistan and met with Tajik President Mr. Emomali Rahmon. Many agreements and MoU’s have been signed between two states to enhance mutual cooperation. They agreed to reinforce economic cooperation through existing and new institutional frameworks. In addition to this, 5th Session of Joint Ministerial Commission (JMC) was decided to be convened in Pakistan during 2014. It was also agreed to establish Joint Business Council (JBC) which shall help the collaboration between the private sectors of the two countries. There is need to work more to increase this cooperation and implement the policies designed for the purpose.