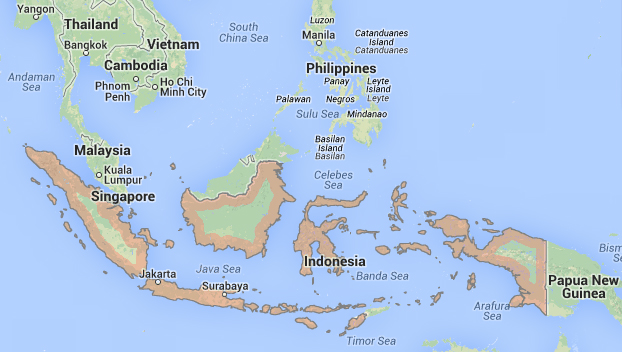 Located in Far East, consisting of seventeen thousand large and small islands, Indonesia the farthest south part of Asia is extended over seven hundred thirty-five thousand three hundred fifty five kilometers. Its heavenly beautiful islands link Indian Ocean and Pacific Ocean which holds an increasingly significant place on domestic and international level particularly because of dynamic location. The tourist resorts in Indonesia attract tourists from all over the world. The National Monument, Central Jakerta, Toba Lake of North Sumatra, Umang Island, Raja Ampat Island, and Ball Island are most reputed one for their beauty and attraction. Indonesia earned a large sum of nine billion dollars from tourist industry in 2011.

The international market is profoundly attracted by constant economic growth of Indonesia. The powerful economic lyceums like United States of America and China are also pursing policies to double their trade with Indonesia in future when the economic paradigm will be shifting from west to east. Indonesia will gain more volume of its economic growth owing to its geography and human resources. The current GDP (gross domestic product) of Indonesia is six percent approximately.

Indonesia had to face economic crises by end of 20th century but with sound planning it was controlled to great extent. The traces of the crises still remain obvious and inability to get rid of it completely is attributed to IMF (International Monitoring Fund). The negative effect of these crises has also affected the agriculture and increased unemployment. This slump was created by the western economic monopolist, as they were afraid of greater and emerging economic powers in Far East. Mahathir Muhammad stated details of the same in his book “The Case of Asia”. The natural calamities have also posed great threats for economy; the earthquake of magnitude 9.1 at Richter scale in 2004 caused a terrible Tsunami that killed two hundred thirty three thousand people. The large scale destruction caused by Tsunami devastated the Indonesian economy and a huge portion of population was turned homeless. The literacy rate in Indonesia is almost 91%. Indonesia is the largest palm oil producing country in the world. The important agricultural yields of Indonesia include coffee, palm oil rubber etc. Japan, India and China are the major beneficiaries of Indonesian Coal. Indonesia’s natural gas reserves are the world’s twelfth largest resources of gas as this amount 4 trillion cubic meters. The annual exports of Indonesia are almost one hundred eighty billion dollars while imports volume touches one hundred ninety billion dollars.

Indonesia occupies a special place among the Islamic world especially because Muslims constitute eighty six percent of two hundred and fifty million populations. On the basis of population Indonesia is second largest Islamic country, although larger number of the Muslims is residing in India. Since Hindu mindset and numeric superiority predominates in India, Indonesia is placed as largest Islamic country in the world. Indonesia is venerable member of OIC (Organization of Islamic Cooperation) as well pioneer and leading member of ASEAN. Indonesia was among the first countries to raise voice against atrocities committed in Burma against Muslims in Burma. Indonesia’s National Assembly speaker Marzuki Alai, while addressing UNO (United Nations Organizations) stated openly that genocide of Muslims is being committed in Burma. Probably he was only Muslim leader to use the bold term of Genocide for massacre of Muslims in Burma. 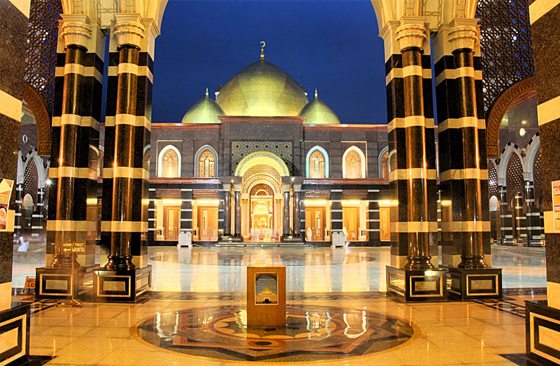 The Islamic attitude has been shaped from typical fine arts and specific ways living. Indonesian architecture is unique in its character especially its famous mosques are worthy of attraction because of their different architecture. Viewed historically the advent of Islam can be traced from seventh century when Muslim traders came to this region. But the majority of population was Hindu and Buddhist and they enjoyed political, economical and numeric superiority till 13th century. The emerging Sufi Movement in thirteenth and fourteenth century played a vital role to spread Islam and like other Islamic States, Sufis played a major to spread Islam here also. The prominent among these Sufis was Hazart Noor uddin Bin Ali Alreenary of Qadaria order of Sufis. The famous Sufi poet Shiekh Hamza Al-Fahsory‘s spiritual poetry played a significant role to invigorate this movement.

Almost in 16th century, Islam and Muslims were strengthened as consequence of this movement. But a century later the ghost of colonialism devastated many civilizations of the world which resulted into Dutch occupation of Indonesia. In 1942 when Japan occupied Indonesia during the Second World War according to UN (United Nations) report four million Indonesian people were killed. In 1945 Japan surrendered before America and its allies when atom bomb was dropped on Japanese cities.

The Indonesian leader Dr. Ahmed Sukarno announced the freedom of Indonesia on August 17, 1945. After the departure of Japan, Dutch government once again tried to establish itself here. However they had to face Indonesian resistance and foreign pressure. After a continuous struggle of Indonesian masses at last Dutch government accepted Indonesia’s right of self government. Quaid-e-Azam Muhammad Ali Jinnah as President of All Indian Muslim League in 1945, motivated the Muslims to protest against colonial aggression in Indonesia, when the freedom movement was on full swing. He also asked Indian Muslims to extend practical help to their Indonesian Muslim brothers. It was result of his motivations that six hundred Muslims from British Indian Army proved their support for Indonesian brethern with their active participation in freedom struggle there. Five hundred of these soldiers embraced martyrdom, one hundred of them survived. Some of them returned and some continued living there.

Quaid-e-Azam ordered the detention of Dutch airplanes on Karachi Airport which were being sent to help Dutch army. This step taken by Quaid-e-Azam Muhammad Ali Jinnah established strong ties between Indonesia and Pakistan and set an example of Muslim brotherhood. These actions of Quaid-e-Azam also manifested his disapproval of the use of our land against other Muslims. He helped Muslim countries as far as possible. About the Dutch planes advancing towards Indonesia, Pakistan’s first foreign minister Sir Zafarullah Khan said that the advancement of Dutch planes towards Indonesia was tantamount to attack on the soul of Asia. On August 17, 1995 when Indonesia celebrated their golden jubilee, the soldiers who fought with Indonesian freedom fighters for liberty of the Indonesia on order of Quaid-e-Azam, were given highest military awards in reorganization of their sacrifices. In order to recognize Quaid-e-Azam’s love for Indonesian brothers he was presented with “Adipura”, highest civil award.

Group photo of some Soldiers with Indonesian Naval officer in Jakarta August 1995,
who were given highest military awards in reorganization of their sacrifices for Indonesia.

Particularly a comprehensive policy must be devised to meet challenges faced by Muslim Ummah. As Quaid-e-Azam extended all possible support for freedom of Indonesia, we should also make effective and solid efforts to strengthen relationship amongst Islamic countries to solve problems of this region as well as of Muslims worldwide.